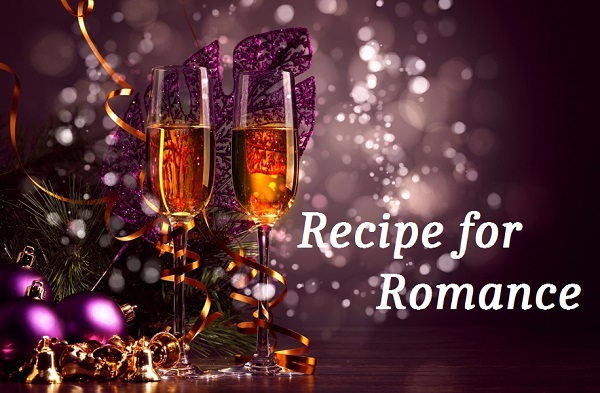 In the Muir household this week, we’re adding art to the house. Recently I bought two pieces of art that I’ve always wanted. The first was a poster of Inspiring Women by Karen Hallion, women who have been or are alive in my lifetime. And the second is a painting from the late Leonid Afremov, an artist who used bold colors and a palate knife. I love having original and unusual art in the house and it just makes the whole place brighter.

I could really use a piece of starbread right now as I rework some of my earlier stories (rewriting the last two installments of my serial) and try to get a new firefighter tale out there this year. Plus fantasy romance! Can you tell I’m busy?

So let’s get cooking!

The Cinnamon Almond Starbread is one of our family’s favorites. It’s great for celebratory meals and not unlike making cinnamon rolls for breakfast.

First, measure the flour by gently spooning it into a cup, then sweeping off any excess. Or even easier, weigh it (you’ll see its weight in the list above).

Divide the dough into four equal pieces. Shape each piece into a ball, cover the balls, and allow them to rest for 15 minutes.

On a lightly greased or floured work surface (or piece of parchment paper), roll one piece of dough into a 10″ circle. Don’t worry about making the circle exactly 10″ wide, or even totally round. Just do your best; rising and baking will cover any shaping faux pas. If you’ve rolled on your countertop, place the circle on a piece of parchment. Brush a thin coat of beaten egg on the surface.

Evenly sprinkle with one-third of the cinnamon-sugar (a 3 scant tablespoons), leaving 1/4″ of bare dough around the perimeter.

Roll out a second circle the same size as the first, and place it on top of the filling-covered circle. Brush it with egg, and sprinkle with cinnamon-sugar. bRepeat the layering process — egg, cinnamon-sugar, dough circle — leaving the top circle bare. Reserve a bit of the beaten egg to brush over the star once it’s shaped.

Place a 2 1/2″ to 3″ round cutter, pint jar lid, or drinking glass in the center of the dough circle as a guide. Press the round cutter in the middle down just enough to leave an imprint and remove it. Then take a pair of scissors and cut from the outside edge of the dough to the center, stopping at the line left by the cutter. It helps to first cut the dough into four quadrants; then to cut each quadrant into four (hopefully even) wedges.

Using two hands, pick up two adjacent dough strips and twist them away from each other twice so that the top side is facing up again. Repeat with the remaining strips of dough so that you end up with eight pairs of strips. Pinch the pairs of strips together to create a star-like shape with eight points. Don’t be fussy; just pinch and pull to make somewhat flower-like “petals.”

Transfer the star on the parchment to a baking sheet. Cover the star and let it rise until it becomes noticeably puffy, about 45 minutes. While the star is rising, preheat the oven to 400°F. Brush the star with a thin coat of the beaten egg.

Bake the star for 12 to 15 minutes, until it’s nicely golden with dark brown cinnamon streaks; the center should register 200°F on a digital thermometer.

Remove the loaf from the oven and allow it to cool for about 10 minutes before serving.

This is a great recipe for a tasty breakfast treat. And it smells so good when it’s done.

* If you’re allergic to tree nuts and almonds in particular, this is a recipe you should avoid. Or find a different flour like oat or spelt. And substitute goat milk or cow’s milk for the almond milk. 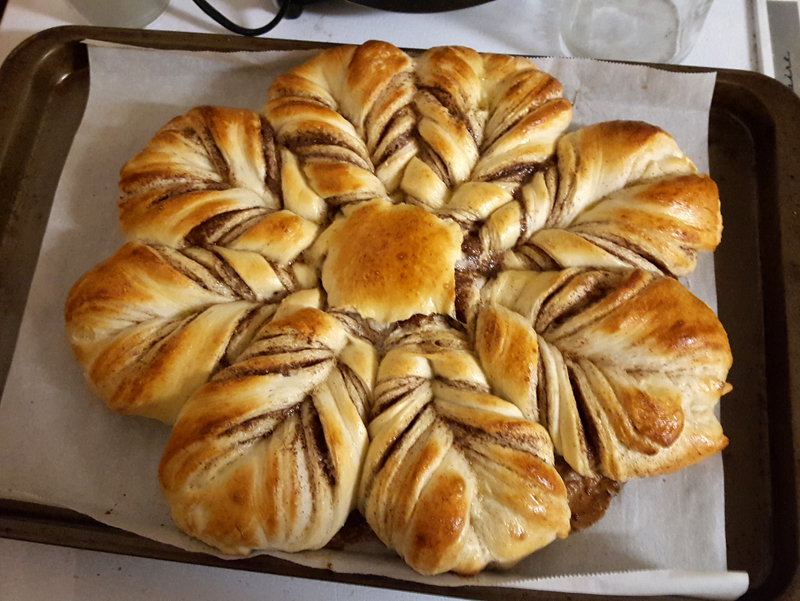