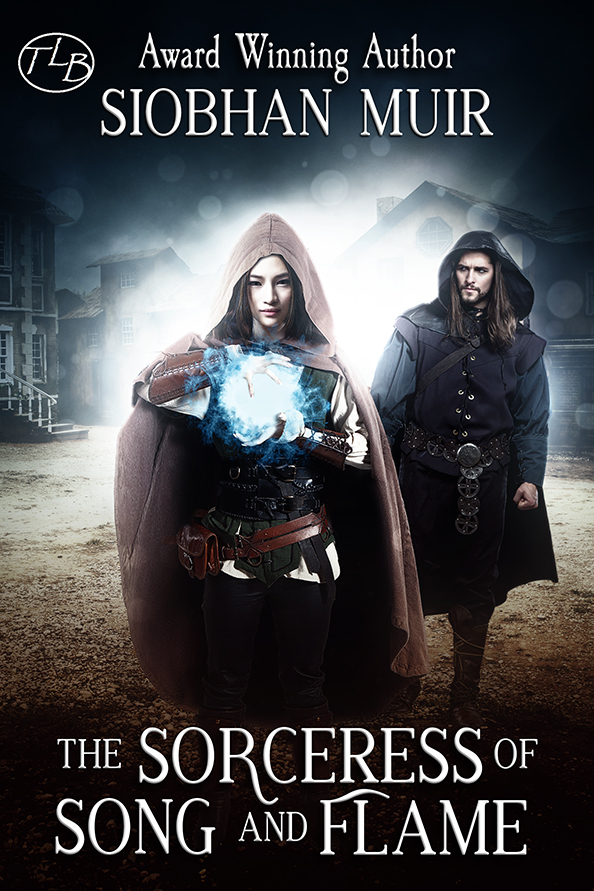 READ AN EXCERPT of THE SORCERESS OF SONG AND FLAME

“I reckon a sorceress or some such. Caught ’er settin’ fire to the marketplace.”

“This chit?” The intake officer stared down at me. “She don’ look dangerous.”

“She burned Crombe’s market cart to a crisp.”

The guy holding me shrugged. “There weren’t no resistance from ’er so we didn’t worry too much.”

The intake officer rolled his eyes at their unconcern. “That ain’t the way to take in prisoners who done burnt shit down. Go on, then. Put ’er in the cell next to the thief. Maybe she’ll make ’im sweat.”

He chuckled darkly and they hustled me into a rabbit warren of dank cells. Sound echoed in the dark spaces like a dungeon out of an online video game and weird things looked at us from the cages. Some appeared vaguely humanoid, but others were decidedly not. Was that a unicorn? The horse-like creature was a mottled gray, had red eyes, and its horn twisted to a savage point. Definitely not the animals maidens were reputed to call.

They shoved me into an empty space with nothing but moldy straw, weeping stone walls, and a rusty bucket. I just managed to keep on my feet even as the guard pinched my ass and chortled before the gate slammed shut. Anger, fear, confusion swirled around my mind as I stopped in the center of the space, out of reach of anyone or anything near the walls.

Fear ignited to anger, literally, and one of my hands glowed. “Should we start right now?” I didn’t dare throw it at him, but I wanted to see the fear reflected in his eyes. I couldn’t control it, but he didn’t know that.

He lost his smirk and skittered away from the cell with a muttered insult I ignored. I still needed to find some sort of anchor to reality, but none appeared to be forthcoming. The world around me had foul, alien scents and unfamiliar sounds, and I stood lost among them.

“You certainly have a way with the guards.”

The smooth, cultured voice came from the cell to my left, and someone leaned forward into the limited light seeping through the bars from the smoky torches burning in the aisle.

I couldn’t be sure he was speaking to me. I didn’t know if he meant it as a compliment or in sarcasm. I still struggled with the basic niceties other people naturally understood.

“I wasn’t going to let them do anything to me.” I rubbed my arms with my hands, grateful I didn’t set my own clothes on fire.

“Nor I. I may not be the greatest being out there, but I draw the line at taking a woman against her will.”

I suppose that was comforting, though what he’d be able to do when iron bars separated us was unclear. I glanced around to find a place to sit, but the grime made me wrinkle my nose and avoid all surfaces. Who knew what crawled on the two stone walls? I shivered and wrapped my robes tighter around me.

Robes that aren’t mine any more than the ability to control the fire in my hands.

Nothing made sense. I once heard people pinched themselves to wake up from dreams or nightmares or weird occurrences, but I’d never had to do that before. There were a lot of things I’d never done that had occurred in the last hour or so and that seemed to be the new normal.

So I pinched myself.

“Ow!” Other than pain, nothing had changed.

“What’s happened? Are you all right?” The figure relaxing in the other cell leaned forward and his eyes glowed like a cat’s for just a moment.