Only the best stars fall…

Three time bronc-riding champion Tom Colton’s dream of a fourth title ends when he draws Wooden Nickel, a mean little bronc with more twists than a maze. With his heart no longer in rodeo, he figures it’s time to go home to the Triple Star Ranch, the PTSD therapy ranch he and his dad founded to help others with trauma in their pasts. Tom just wants a little time to nurse his hurts and consider his next move.

Amber Hillcrest started out as a Triple Star client and stayed on as a massage therapist. Her dog Nimbus keeps her PTSD in check, but her heart remains bruised. She knows she’s too old and too broken for love, especially with the son of her boss, but he’s hot enough to fill her fantasies for years to come.

Amber tries to keep it professional between them, but Tom proves too irresistible with his big heart and charm. But someone is sabotaging the Triple Star and the neighboring Fantasy Ranch, and an ex-girlfriend keeps coming around, trying to reconnect with Tom. Tom’s hands are full of problems instead of the luscious massage therapist. But when Amber gets kidnapped, Tom will move heaven and earth to get her back and tell her how he truly feels.

The dog cocked her head at Amber and opened her mouth in a doggy grin. Amber met the grin with a shiver of excitement and amazement. Tom Colton had been her crush ever since she arrived at the ranch as an employee, but she’d kept herself away from him. He was the boss’s son, actually a boss himself, and she didn’t want to do anything unethical.

Some of the panic from her proximity to the fire retreated as she drove her Jeep away from the Fantasy Ranch. She’d often fantasized about getting her hands on Tom, but those fantasies hadn’t involved massages. Many of them had included heavy petting and hot, sweaty sex. She’d never admit it aloud, but she’d wanted to see Tom naked from the moment she’d seen him saunter through the lodge of the Triple Star. Of course, she’d been a guest then receiving her own therapy. But that didn’t stop the daydreams.

She gripped the steering wheel until her knuckles turned white. Sweet mercy, she’d be touching his sexy body and have to keep it professional.

You could always turn him down.

She moaned. No way in hell would she turn him down. That’d be like looking a gift horse in the mouth. She might lust after him, but she could be professional. I hope. She’d just have to pretend he was any other client seeking physical relief.

Oh god, that’s not what I meant.

She pulled into the driveway of the Triple Star and white-knuckled it all the way to the lodge. She had to give him a massage—wanted to, really—but she needed to find her composure first. It wouldn’t be right to drool on her boss’s son while rubbing his shoulders.

Of course, I could drool over his cock instead.

I’ll have to do him tonight. Oh, jeez, why did every thought have a sexual innuendo attached to it? She definitely needed some happy time with her electric cock. She threw the Jeep into park and watched Tom’s truck pull up beside her. She needed a little bit of time to prepare her workspace for him, and that would give her time to get her libido under control.

“I can be a professional with Mr. Tom Colton, right, Nimbus?”

Her dog tilted her head in confusion and yipped.

That’s not an encouraging response.

Sighing, Amber opened the door to her truck and held the door long enough for Nimbus to jump out. The mutt sat down at her feet and waited for instructions as Amber took a deep breath. Tom strode around the back end of his truck, looking sexy as hell despite the distinct hitch in his giddy-up. He’s sore, jacked up, and twisted. Oh lord, there were those innuendos again. But she read the pain and tension just in his saunter, and the massage caregiver took over.

“So, how does the schedule look?” Tom pushed his hat back on his head and gave her a tired smile.

“It looks good tonight if you have time. Give me an hour to set up the table and my stones, and I’ll be ready for you.” She returned his smile, trying to ignore her inner trollop batting her eyes and licking her lips. “Would that work for you?”

“Yes, ma’am, that’d be just fine. Should I shower first?”

The fantasy of hot water sluicing off his body and finding every slick bump and valley on his torso filled her mind. She had to swallow hard before she could find her voice and professionalism.

“Y-yes, that would be a good idea.” She nodded and straightened her shirt to hide her blush. Wouldn’t it get dark soon? She really needed the anonymity to hide her traitorous emotions.

“All right. I’ll meet you back here in the lodge in about an hour.” He gave her a smile that made her heart flutter and her pussy spasm. 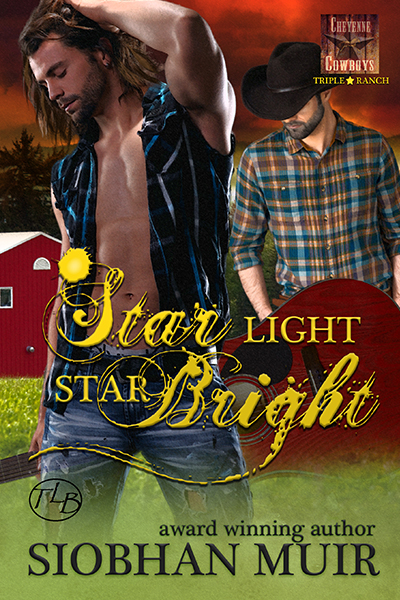