Week 486 of #ThursThreads had many fantastic tales. What an amazing feat we’ve pulled off. Nine years! If you’ve been doing it a while, thank you for coming back each week. If you’ve just found us, welcome! You’re in good company. May you come back again and write more great flash. A thousand thanks to Nikki Prince for judging this week. Check out the #ThursThreads #flashfiction group on Facebook or the #ThursThreads Group on MeWe to keep up with news, etc.

Nikki says: I loved everyone’s contributions. Thank you for allowing me to be a judge!

Nikki says: I’m intrigued by this mystery. I can only hope you will be working on the story to publish. 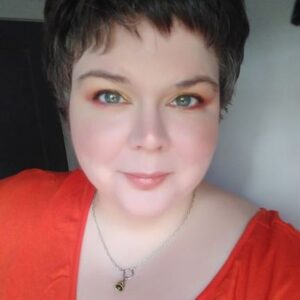 A supernova illuminated what should have been the night sky. Witches cowered beneath the trees, waiting— praying—that it wasn’t the sign they’d feared would come. If the Chief Warlock had awakened the gatekeepers of the eldritch powers, there would be no way to keep the elements in balance against that onslaught.

“We can still work on behalf of the Green, brother.” Dalyn cupped my shoulder, his witch-mark an angry red as the sky remained afire. “It’s not over yet. The stone rings might not be the targets they’re aiming for. We have a chance.”

A pile of dead bodies, our willing sacrifices, littered the ground around the altar slab. “I don’t know how much longer we can keep asking them to sacrifice themselves to save a dying world.”

Dalyn, only half-human in body and less than in mind, cocked his head to the side. “Come to Faerie with me. If this world is doomed, come do your duty for the Green in a realm untouched by their corruption.”

“I’m their High Priest. I can’t abandon them. Not to what’s coming.”

His eyes shimmer, and he lets his fae nature shine through—a vivid turquoise swirl around each pupil. “You are the Green’s High Priest. They would rather you serve in Fae than die to save dying humans.”

The last thing I see is a green glow of a portal spell triggering in front of me.
~~~~~~~

Congratulations Six Time Winner Miya, and Honorable Mentions Catherine and Silver! Don’t forget to claim your badges and display them with pride. You certainly earned it!