Week 367 of #ThursThreads had many fantastic tales. I’m honored to see all the writers come to tie a tale as we start our eighth year. If you’ve been doing it a while, thank you. If you’ve just found us, welcome! May you come back again and write more great flash. Thousand thanks to Mark Ethridge for judging this week. Check out the #ThursThreads #flashfiction group on Facebook or the #ThursThreads Group on MeWe to keep up with news, etc.

Lots and lots of good words to read this week. 17 stories. I’d give them all HMs, but, that doesn’t seem to be how this works. So, let me narrow it down. The following tales stuck in my brain cells. I remembered them after reading all the stories, and then going grocery shoppping with her. So, I’m going with that as the reason for the following.

Mark says: Bwahahahaha! This one was funny! Sadly funny. I work with the computers of people every day. I know. I’ve seen them reduced to rubble by a BSOD. I’ve seen them in panic attacks, because their computer won’t let them log in. You capture the thoughts I imagine them having well.

Mark says: A rather different take on the prompt. The Angels watching humans devolve into predators. All because of a little apocalypse.

Mark says: One moment of believing it’s OK, only to find out it wasn’t OK. Captured rather well. One of the stories I remembered after the morning chaos. 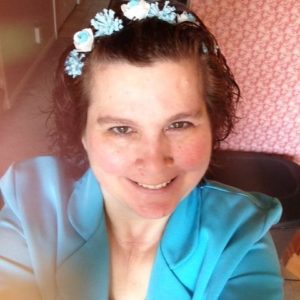 Mark says: This story hit me, emotionally. I raced through reading all the stories, and when I got to the end, we went grocery shopping. When we got back, this is the story I remembered the most. Sometimes. Ice cream is all there is. Sometimes. Mom really does know best.

Sleep eluded me, I’d been fighting with my teenage daughter for the umpteenth dozen time. I knew that that was a teenage rite; but when would she realize I was trying to thwart her teenage dreams and ambitions but to protect her?

Tossing I looked at the clock again, it was two a.m. I had to be at work at eight a.m. Selena said she hated me that she was never speaking me again because I wouldn’t let her go to a concert in Cleveland this evening. Selena wanted to go with her friend’s older brother (a guy who had his license taken away for year for drinking and driving)

I turned on the radio in my room on low and heard “Three young teens dead in a drunk driving accident following a concert in Cleveland.”

I heard Selena’s phone buzz and her sleepily answer it then shout no.

I got up went to the kitchen and waited for her filling a bowl of ice cream. I didn’t want to be right that she wouldn’t have been safe.

“Did you leave anything for me?” Selena asked thinking the ice cream was for me, I just pushed it in front of her as she sobbed telling me her friends were dead and her friend’s brother was alive and had been drinking. The funerals followed and we grieved; but Selena never got in with a drunk driver in her lifetime. What a terrible way to learn life’s lessons.
~~~~~~~

Congratulations Twelve Time Winner Sheilagh, and Honorable Mentions Mary, Daniel, Teresa, and Richard! Don’t forget to claim your badges and display them with pride. You certainly earned it!