Week 355 of #ThursThreads had many fantastic tales. I’m honored to see all the writers come to tie a tale as we complete our seventh year. If you’ve been doing it a while, thank you. If you’ve just found us, welcome! May you come back again and write more great flash. Thousand thanks to Bill Engleson for judging this week. Check out the #ThursThreads #flashfiction group on Facebook or the #ThursThreads Group on MeWe to keep up with news, etc.

Bill says: It doesn’t take much to throw me in a tizzy. I am the epitome of routine. Except for those recurrent moments when I drift away into the fictional landscape, allow myself to roam wherever the trail of finely-honed tales leads me. Though I like long walks in the language woods, short strolls are easier on these old legs. So, it was a pleasure to gaze upon the latest batch of Thursday Threads pocket prose and render some measure of judicial decree.

There was a nice selection and I believe on another day, I might well have selected a different grouping. Judging is like that, at least the way I practice it.

Bill says: I have never had a car that talked to me. Oh, perhaps from time to time, over the course of decades and a dozen vehicles or so, maybe I’ve tried to start a conversation with the odd automobile.  My own of course. Not somebody else’s. That would be…weird. The plain fact is, and maybe this is just Canada, cars are not wired to be conversationalists. Beyond, that is, the rather interesting evolution of digitally-assisted technologies, what Trump might call Fake Conversations.

Still, the intense love affair in this tale is rather sweet, in a possessively metallic sort of way. Not over the top evil like in Stephen King’s Christine…or rather Carpenters cinematic take, as I haven’t read the source book, but you never know how these sorts of complicated relationships might unravel. Well, maybe some of you do, but I don’t.

Bill says: Death is always with us. In this story, Death is attending at an accident. The casualties mount. Death reflects. Life flickers out. Even with those lifeforce-ebbing flashes, we are carried along, perhaps seeking some salvation for the impacted, sad that there may be no escape, prepared for whatever the end might deliver.

Bill says: I suppose we have all imagined where we might be when the world ends. Me, I’d opt for a bed. Or in the shower. But I could live with (or die with) a library. Whether we have vices, devices, or both, we are reliant upon them. If they fail us, we are up twit creek without twaddle. On the other hand, a recent viral video which showed two addledlescents attempting to grok a rotary phone provided this writerly hunk of antiquity with quite a few chuckles. This near parable captures a flash of a final moment, the thoughts, the challenge to somehow complete an impossible personal goal. Time simply ran out. 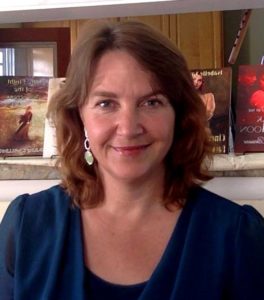 Bill says: Some years ago, we acquired two cats. Alas, as I knew it always would unfold, we recently let one slip away quietly, beautifully, sorrowfully, from pain and the inexigent inevitabilities that await us all. Though this personal loss didn’t influence my choice of this week’s winner, (I am almost sure of that) it is possible I was wide open for a sweet straightforward story, crisply told, about love, landlord arbitrary restrictions, and, of course, two delightful cats.  A very lovingly rendered tale of adoption, adaption and the possibility of human love. Don’t we all need these themes in our lives. I think so.

Anne crouched and reached into the box. She drew out a sassy calico kitten. It blinked its big blue eyes at her and purred. Her heart melted.

Yup. This is her. This is my kitty.

She glanced up. “Could you please tell me her name?”

The man’s green eyes twinkled. A jolt of attraction shimmied down her spine. “Oh, that’s Persephone. She has a brother.” He pointed to the all black kitten that sat at her feet, watching her. “We named him Hades. They do everything together. They stay together.”

Disappointed, Anne almost set Persephone down, but she couldn’t quite let go of her. Her landlord had a strict policy of one pet per apartment. Maybe she could talk him into one more?She raised Persephone up to her face and stared into the little one’s eyes. She was so perfect. The little she-cat reached out and rested a paw on Anne’s cheek.

Oh, my goodness! Such a sweetheart!

Tiny pinpricks drew her attention to her left leg. Hades was climbing up her pants. Once he reached the top of her thigh, he curled up next to her body and purred.

“It looks like they’ve claimed you,” the man said.

Yup, she was claimed. Hopefully, Mr. Jamison would understand, or she’d be looking for another place.

The man’s smile lit his eyes, mesmerizing her. “They chose well. By the way, the name’s Mark.”

Electricity sizzled between them.

Congratulations Winner Marci, and Honorable Mentions Jo, Kel, and Mark! Don’t forget to claim your badges and display them with pride. You certainly earned it!