Week 524 of #ThursThreads, and y’all never disappoint. We’re in Year 10 and that’s an accomplishment in itself! Thank you to all y’all for coming back to write for all these years. I couldn’t have done it without you. If you’ve just found us, welcome to the crew! You’re in good company. May you come back again and write more great flash. A thousand thanks to Daniel Swensen for judging this week. Check out the #ThursThreads #flashfiction group on Facebook or the #ThursThreads Group on MeWe to keep up with news, etc.

Daniel says: As always, it was a great pleasure to read everyone’s stories. There wasn’t a bad one in the bunch and it was tough to choose from them all.

Daniel says: Teresa Eccles for the story of music and magic. I’m a big fan of that sort of thing and love the idea of the inherent wildness of both music and magic blending together.

Daniel says: Eric Martell for the compelling take on the “what would you say if” question that floats around social media every couple of weeks. It’s tough to make this concept work, but I think he nailed it. 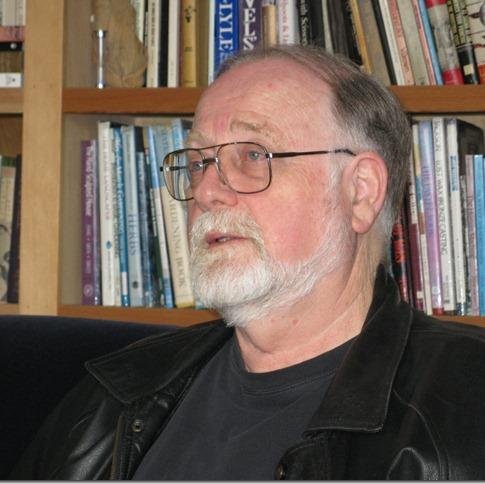 Daniel says: Bill Engleson for the story of the stand-up comedian with a bad idea. It was brisk, witty, and kept me engaged from the first word to the last — not much more I can ask of a piece of flash fiction.

Stage presence. That’s the key I’ve been told. You can have the best material in the business but if you implode on stage, if you’re a flat tire on a lonely highway with no cell service, no spare, no can of inflatable air, you might as well wander off in the desert and marry a cactus.

I’d been warming up for weeks, coming into THE LAUGH RIOT before sunrise, trying out all the new material I could muster.

To an empty house.

I needed a test audience.

You’d be surprised how many people are out in the streets before the sun comes up.

I figured I’d hire a few each morning and that way they would be indoors, get a bit of entertainment, offer some constructive feedback, and bobs your funny old uncle—Robert, who hit the road back in the sixties.

My audience of three sat in the darkness but I could tell they were suspicious. “Twenty bucks each just to sit here and maybe laugh?” one, Louie, asked.

So, with Louie’s permission, I told my first joke.

“An old comic went on a trip. He picked himself up pretty fast though. No bones broken.”

I waited for something.

Then I asked into the darkness, “Guys, how am I doing so far?”

Then I heard the back door slam.

Congratulations THIRTY-ONE TIME WINNER Bill, and Honorable Mentions Teresa, and Eric! Don’t forget to claim your badges and display them with pride. You certainly earned it!

There will be NO #THURSTHREADS on August 18th as I’ll be on vacation for the first time since 2019.