Week 431 of #ThursThreads had many fantastic tales. I’m honored to see all the writers come to tie a tale as we start our ninth year. If you’ve been doing it a while, thank you for sticking with us. If you’ve just found us, welcome! May you come back again and write more great flash. Thousand thanks to Katheryn Avila for judging this week. Check out the #ThursThreads #flashfiction group on Facebook or the #ThursThreads Group on MeWe to keep up with news, etc.

Katheryn says: Reading the description of that room gave me the heebie-jeebies. I was right there with the narrator, grossed out and cringing. An immersive piece, it was easy to slip into this story, and it left me wondering about the relationship between the characters and whatever danger they’re running from. Can’t wait to read more about them!

Katheryn says: I wasn’t sure where this story was going as I read it, and I think that’s what made the ending that much more impactful. It seemed like a nice, post-wedding slice of life, but then the ending guts you and leaves a melancholy behind. Well done!

Katheryn says: This piece was full of great descriptions, really bringing to life the challenge ahead of the couple. And though the road ahead for them seems tough, there’s still a levity and hope about it that made me smile. The characters seem fun and lighthearted, and you can’t help but root for them to succeed. Good job! 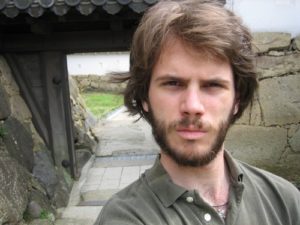 Katheryn says: Saffi sounds like a badass, and I really enjoyed reading this exchange between her and her superior officer. The descriptions were vivid, and though it was a short scene, we got a clear picture of each character. This snapshot of a larger story tells volumes, and I’m really intrigued by whatever the larger plot might be, and the hints of the world outside Saffi’s workshop.

Saffi Bashar lay backwards over one of the cannons scattered about her workshop, one foot hooked in overhead netting and the other laid over another cannon. Grinding the halves of a mortar shell against one another over her face, she let the metal filings drift like ash into her wild white hair.

Her commanding officer’s strident voice ricocheted through the remains of that morning’s creative storm. Without bothering to look up, Saffi began mentally counting the seconds until the captain achieved total meltdown. Some quick calculations led her to bet herself it would be less than five.

“Why are you out of uniform!?”

The squeak in Rashid’s voice was uncharacteristically unmanly for the captain. Saffi flopped over onto her stomach to peer down from her work platform at her superior, stuttering next to her discarded jacket and head covering.

“Meh,” Saffi resumed fiddling with her mortar shell. “I don’t like it.”

Rashid roared as if to raze Saffi’s workshop to the ground.

“And this! What is all this!? You said you could develop a ship mounting for arcane cannons! That is an arcane cannon!” Rashid pointed furiously out the window before kicking one of Saffi’s cannons across her workshop. “This isn’t!”

“What I dreamed of,” Saffi spread a hand before her, lost in her own vision, “Was even better than an arcane cannon! But you’re right, this isn’t it…”

Saffi tossed her mortar shell dejectedly to her commander, sending him scrabbling back out the door.
~~~~~~~

Congratulations Eight Time Winner David, and Honorable Mentions Silver, Joseph, and Kelly! Don’t forget to claim your badges and display them with pride. You certainly earned it!