It’s time for Snippet Sunday The smoke has gotten worse so we’re hiding inside. So much for doing a little yard work while it’s still warm. Sending blessings to all the firefighters out there battling the blazes in CA, OR, WA, CO, and WY.

I’m showcasing A WALK IN THE SAND and it’s already out where you can grab a copy. It’s only in ebook until I get the other two sections done. In this snippet, Iliana has agreed to lead Crowe and Ahmad across the desert just in front of the army chasing them. Fun times.

~~~~~~
After three days in the saddle, Iliana was sure of three things. Her ass would be forever sore, walking straight would be a challenge, and the men she traveled with would never trust her. They barely spoke to her other than to get bearings for the next oasis, and no one would share water with her. Thank God I have my own water skins…or Kyram did.

To get a greater lead on the army pursuing them, they slept in the saddle and she only stayed there because of the rope anchoring her to her horse. Aristotle kept going despite the grueling march and she secretly marveled at his stamina. Not that she told him. The talking horse had a larger ego than most of the Hollywood producers she’d met.

By the time they reached the oasis at the end of their third straight day, Iliana damn near cried in gratitude when Ahmad said they could stop for the night. Oh, thank you, God. The other men with them tumbled gratefully from their saddles and all the horses lay down under the shade of the palm trees. Her legs almost folded up under her as she landed in the sand.

“Jeez, I’m not sure I could ride another mile.” She leaned her forehead against the saddle.

“At least you didn’t have to walk it.” Aristotle flicked an ear at her.

“I don’t think I feel any better than you having ridden it.” She glanced over her shoulder. “This oasis looks bigger than the others.”

“It is. Biggest one before a real town.” Aristotle dropped his head toward the water hole. “We should be safe for this one night, but to stay ahead of the Knalish, we’ll have to leave early.”

She groaned as she loosened Aristotle’s girth before she pulled his bridle off. “Great.”
~~~~~~~

She’s gonna need a whole tribe of psychiatrists after this. 😉 There are several great authors on the Weekend Writer Warriors list, the Snippet Sunday Facebook group, and the Rainbow Snippets Facebook group. A few of my favorites are, P.T. Wyant, Karen Michelle Nutt, Veronica Scott, Jessica Subject, Karysa Faire, and Iris Blobel. 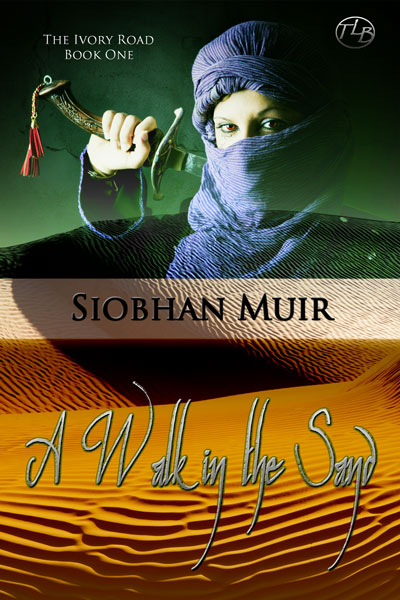 4 Replies to “Snippet Sunday – Safe For One Night”