Week 372 of #ThursThreads had many fantastic tales. I’m honored to see all the writers come to tie a tale as we start our eighth year. If you’ve been doing it a while, thank you. If you’ve just found us, welcome! May you come back again and write more great flash. Thousand thanks to B.A. Tortuga for judging this week. Check out the #ThursThreads #flashfiction group on Facebook or the #ThursThreads Group on MeWe to keep up with news, etc.

B.A. says: For piquing my interest (I want to read this book — write it?)

B.A. says: Because he made me laugh out loud 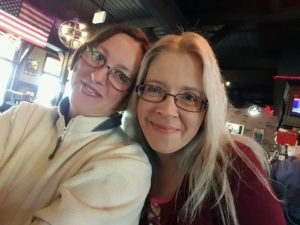 B.A. says: Totally intriguing and I want to read more, which is the point, right? Hook the reader and keep them.

“How bad is it?” For the first time in my career, I didn’t want to know. It weighed too heavy on me, knowing I should have taken her seriously.

“Gonna be a busy night, Davis.” Cap dropped the report on my desk. “It’s just like your Oracle said. There’s at least five bodies on site.”

“They died in the fire?”

“No.” A new voice joined the conversation. Dr. Rachel Murray, County Medical Examiner, was covered in soot and dirt.

“Did you think I wouldn’t be after receiving your message?” She griimaced. “I made certain I was on call.”

“Your oracle’s either the real deal, or a disturbingly fearless criminal.” She picked at the dirt beneath her fingernails. “I’m rather inclined to believe the former.”

“She’s not my oracle.” I fisted my hands to keep from balling the papers on my desk in a fit of temper. Or in a last ditch effort to hide any betraying tremor.

“And those bodies were not fresh,” Rachel said. “But had the fire gone unchecked, it would have incinerated any number of sins.”

She told me the truth.

“Gut instincts aside,” Cap said, “we need confirmation. She better have a concrete alibi. Oracle abilities are unreliable at best, and unfortunately there’s no blood or skill test to validate her.”

“So she’s a suspect until she can prove otherwise.”

Congratulations TWENTY-NINE TIME WINNER Cara, and Honorable Mentions Bill, and David! Don’t forget to claim your badges and display them with pride. You certainly earned it!