Week 523 of #ThursThreads, and y’all never disappoint. We’re in Year 10 and that’s an accomplishment in itself! Thank you to all y’all for coming back to write for all these years. I couldn’t have done it without you. If you’ve just found us, welcome to the crew! You’re in good company. May you come back again and write more great flash. A thousand thanks to Nellie Batz for judging this week. Check out the #ThursThreads #flashfiction group on Facebook or the #ThursThreads Group on MeWe to keep up with news, etc.

Nellie says: Joel’s tale shows that when searching for forbidden items, there is always a cost that you have to weigh if it is worthy of it or not and those that sacrifice for you. I’m interested in learning more of this world.

Nellie says: In light of the passing of the fabulous Nichelle Nichols, this is a piece of nostalgia. I watched the original Star Trek when I was younger and while they never gave her many lines to speak, from what I remembered, she was always present on the main deck.

Nellie says: Soylent Green is people. And so is the fertilizer. I want to know what Julia considers a good candidate for fertilizer selection as well as if that is a way to get rid of neighbors that you really, really don’t like. It makes getting along really important to avoid being mulched.

Nellie says: Talk about getting punched in the gut. And then curb stomped when you’re down. The small bit holds tension in a bad situation where no one can be left behind because it will turn out fatal. 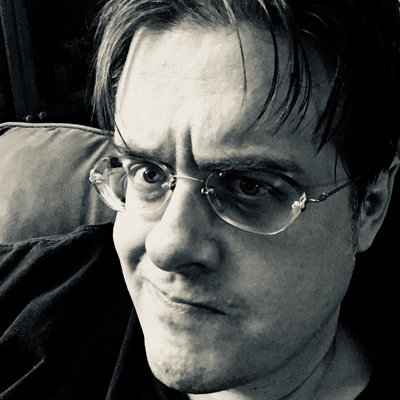 Nellie says: Egyptian Mythology always interested me. Color me intrigued at a civilized Anubis that weighs the heart of the items rather than a physical heart. Times have changed and the judge of souls measures things by the items of lives and the intent they held.

He didn’t look like Anubis. There was nothing doglike or divine about him at all, save the long face and the aquiline nose. He dressed like a too-modern adaptation of some Dickensian fable. Yet here he was, weighing the tokens of Louis’ life.

The watch he’d gotten as a graduation gift. His phone (and, presumably, its contents). The dinosaur maquette Melinda had made for him, the one he’d thrown out the window and shattered after their breakup.

The judge looked down his nose at a toy car — the one he’d swindled his little brother out of because he’d wanted it for himself. “That’s exactly what I’m doing,” he said in a slightly nasal tone. “We don’t physically tear out hearts, Louis, we’re not barbarians.”

Louis swallowed hard as the judge began sorting through a stack of college papers. “How am I doing so far?”

“I’d say fairly well, all things considered…” the judge trailed off as he pulled something from beneath the papers. A folding knife, blade rusty with old blood.

Congratulations Nine Time Winner Daniel, and Honorable Mentions Joel, Mark, Thalia, and Silver! Don’t forget to claim your badges and display them with pride. You certainly earned it!