Week 514 of #ThursThreads had many fantastic tales. What an amazing feat we’ve pulled off. Nine years, and a few weeks until the Big Ten Year Anniversary! If you’ve been doing it a while, thank you for coming back each week. If you’ve just found us, welcome! You’re in good company. May you come back again and write more great flash. A thousand thanks to Mary Decker for judging this week. Check out the #ThursThreads #flashfiction group on Facebook or the #ThursThreads Group on MeWe to keep up with news, etc.

Mary says: One of the things I love about ThursThreads (in addition to helping break up my week) is the quality of the writing here and the fact that everyone shows up week after week. I know life gets in the way at times, but its always inspiring to see others writers writing through it.

Mary says: In addition to hosting every week, Siobhan also turns out delightful snippets of her current work, and even though she’s not allowed to win I think her work is always consistent and enjoyable, and this week was no exception.

Mary says: A tender story about decisions and the fact that not deciding is deciding. Very well done.

Mary says: I was on the fence with this one because there is a very ‘Good Omens’ Vibe to it – and I had to decide if it was FanFiction or an Homage. But yes, sometimes it is the Devil you know.

Mary says: Now I know how others feel because I don’t usually go for the poem/poetic work (even though I’ve done it). This was very touching and I think worth saying. 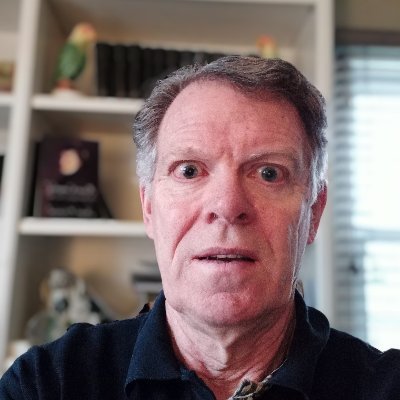 Mary says: This was a delightful bit of misdirection, playful, sweet – and only a few red flags on the play – very well done.

“By the end of the week”

I looked at Terry.

“What was that all about?”

She moved her glass side-to-side. “He’s my boyfriend.”

This was news to me.

“it’s from way back,” she added. “I hadn’t seen him in years. I ran into him last month. Things kind of picked up from where we’d left them.”

“And you’re telling me this now?”

“I didn’t really tell you at all,” she pointed out. “I had no idea he’d be here and remind me of his question and his…ultimatum.”

“He’s heading back out west. He works in tech in Seattle. He asked me if I’d marry him.”

This was additional news to me.

“Like I said. Things picked up where we’d left them and it was natural to slip into our old roles. You know. Boyfriend-girlfriend.”

“I guess, then, you have till the end of the week to ask.”

“Only one way to find out.”

I’d given it thought, of course. But now I guess I faced my own ultimatum. Such an imposing word.

Sitting at the bar, I didn’t have to think for long.

I can’t say how relieved I was. “What are you going to tell him?”

Congratulations Two Time Winner Joseph, and Honorable Mentions Patty, Eric, and Joel! Don’t forget to claim your badges and display them with pride. You certainly earned it!