It’s the Quincentennial, Week 500 of #ThursThreads and I’m blown away with how many folks came out to write. Thank you. What an amazing feat we’ve pulled off. Nine solid years, 500 weeks! If you’ve been doing it a while, thank you for coming back each week. If you’ve just found us, welcome! You’re in good company. May you come back again and write more great flash. A thousand thanks to Nellie Batz, a writer who has been here since Week 1, for judging this week. Check out the #ThursThreads #flashfiction group on Facebook or the #ThursThreads Group on MeWe to keep up with news, etc.

Nellie says: This was a bittersweet tale of loss and how the protagonist doesn’t want to let go, while their spouse sits, eternally young, replaying a familiar scene over and over.

Nellie says: Reincarnation Lottery brings to mind blue haired old ladies with their line of troll dolls and ten cards laid out in front of them. Maybe that is their Heaven. The rush of chance. The fact that someone might choose not to get reincarnated is indeed another adventure.

Nellie says: There is nothing worse than having that one date constantly who keeps coming back in your life, asking why it never worked. It definitely is much worse when she’s dead. Talk about Death being her whole life.

Nellie says: I don’t know the time line of this but it feels like it would be something set 1920s-1940s where the middle child is the worst place to be. Especially when dealing with anxiety that no one understood. It also sets a tone that Charles’ life could change or that it would take a darker turn. 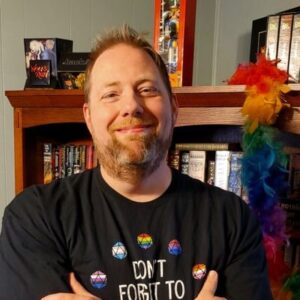 Nellie says: I’ve read and seen quite a few stories where the start is similar, a dare to get into the scary house and prove how brave the kid was, while the others stood safe on the street, taunting the entire time. Maybe it will be different and it’s just a house. But nope, ghosts don’t care what you believe. They have their own set of rules.

Ida stood in front of the old, dilapidated two-story house. Windows had long been broken out and stood wide open like sharp, glittering teeth. The door hung on by a single hinge and rocked back and forth.

“She ain’t gonna do it,” Jim sneered behind her to the others. The boys stood behind her, snickering.

“Is so!” cried Isabelle from beside her.

“I don’t think I can,” Ida whispered.

“You gotta shut them up, Ida.”

“But what if SHE’s really in there?”

“You don’t believe in ghosts,” Isabelle said, squeezing her hand.

Ida had declared more than once that she didn’t believe in ghosts… which had led her to this spot.

“Fine,” she breathed out.

She pried her hand from Izzy’s and marched up the broken concrete steps and across a brown, dead lawn.

The warped porch creaked under her feet. The door moved slowly, and beyond it shafts of light appeared here and there.

“Not too bad,” Ida muttered. She took a deep breath and slipped into the house.

“Further in!” one of the boys yelled.

Ida’s body screamed for her to turn and run, but she took another step.

Behind her the door slammed shut.

She spun, reached for the doorknob—her fingernails scratched at the wood—no doorknob.

Cold air brushed against her neck. Her eyes squeezed shut.

“I don’t believe in ghosts,” she said in a strangled whisper.

Congratulations Winner Ray, and Honorable Mentions Bill, Kelly, and Mark, and Special Mention Mark! Don’t forget to claim your badges and display them with pride. You certainly earned it!