Week 499 of #ThursThreads had many fantastic tales. What an amazing feat we’ve pulled off. Almost 10 years! If you’ve been doing it a while, thank you for coming back each week. If you’ve just found us, welcome! You’re in good company. May you come back again and write more great flash. A thousand thanks to Katheryn J. Avila for judging this week. Check out the #ThursThreads #flashfiction group on Facebook or the #ThursThreads Group on MeWe to keep up with news, etc.

Katheryn says: We get a lot of world building and action packed into one scene. Though this is clearly taking place in the middle of a story, it works really well as the intro to this character. Well done.

Katheryn says: The idea of insurance companies insisting on having someone ride along with Death for the purposes of correct payment estimation seems so wild and yet rings unbelievably true (coming from someone who worked for an insurance company). A really good blending of the mundane with a dash of fantasy.

Katheryn says: This starts off with what feels like a first date, and the vivid imagery pulled me in right away. The writing keeps you hooked all through the scene, and then the predatory twist! Very well done – didn’t see it coming at all!

Katheryn says: I have a soft spot for merciful Death and Grim Reaper type characters. There’s something very human and lovely about how this supernatural entity continues to give in to this squirrel’s requests to be brought back to life. A very nice piece. 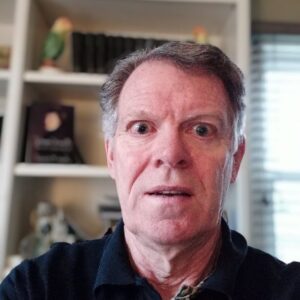 Katheryn says: I really enjoy the at-home feeling you get from reading established couples. And the thought that they do a little role-play once in a while on their weekly date nights just gives these characters a realness that feels effortless. I really enjoyed this piece a lot! Good job!

The icy sleet harmlessly exhausted itself against the bedroom window as the couple sat beside each other in their bed, their pillows up against the headboard so they could read. It was a pleasure that’d become part of their routine. On a Thursday night after drinks and dinner over at Teddy’s on Amsterdam.

Each took care to dress just a little bit nicer than usual. They worked in midtown lawfirms so they always dressed well for work. Thursdays were for dressing somewhat weller. You’d think they’d be used to it after these years. Yet though they walked or subwayed together each morning, the sight of the other at Teddy’s inevitably gave a special jolt. Sometimes they fell into a game of pretend, a game of are-you-alone?/do-you-come-here-often?

Then they’d flirt at the bar and flirt their way to a small table and flirt through dinner.

This was one of those Thursdays. They’d gotten to their apartment around nine-thirty, and the sleet appeared at about ten and made their bedroom even cozier than usual. A bit of Mozart played as they read, one’s hand occasionally caressing the other’s. Suddenly one of them said, “Someone tried to pick me up while you were in the bathroom.”

“He was the guy in the British-cut suit down the bar. White shirt. Short hair.”

The putative pick-upee put down her tablet.

Congratulations Winner Joseph, and Honorable Mentions Miya, Mark, Teresa, and Kelly! Don’t forget to claim your badges and display them with pride. You certainly earned it!