Week 492 of #ThursThreads had many fantastic tales. What an amazing feat we’ve pulled off. Nine years! If you’ve been doing it a while, thank you for coming back each week. If you’ve just found us, welcome! You’re in good company. May you come back again and write more great flash. A thousand thanks to Mary Decker for judging this week. Check out the #ThursThreads #flashfiction group on Facebook or the #ThursThreads Group on MeWe to keep up with news, etc.

Mary says: First off – just managing to get something in this close to the Holidays is hard – I’m not sure if I envy or honor all of you, probably a bit of both. I always enjoy Thursday’s Threads and today was no different. Thank you, all, for writing!

Mary says: You bring us into the middle of a rather moody piece that is filled with paranoia and the fact that he really is out to get you— I love the resolve to not just wait for death to come, but to have the heroine face it on their terms. Well Done.

Mary says: I love the imagery of being cursed – and finding happiness in the end. Not all curses are all bad. A truth we should learn. Bravo.

Mary says: Although she’s not eligible to win, I loved Siobhan’s entry for having the answer that I’ve always wanted when it comes to the “Do you know who I am?” type of question. – “I can, I know, and he will.” 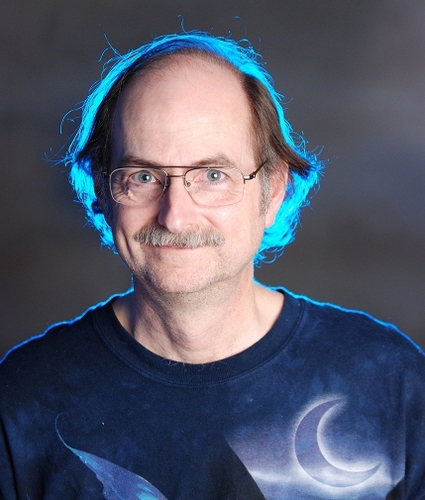 Mary says: If you’ve ever had a mimosa tree – you know how invasive they can be— how they can take over and then at some point they just… stop. The story is true for trees, and sadly relationships. This story touches on all of that and hints at so much more.

There I was, standing in my backyard, reciprocating saw with a nine inch wood cutting blade in my hands. I’d plugged it into the 200 foot long extension cord that ran from the house.

It started 27 years ago, when the tree sprouted from the ground. She told me not to cut it. “Wait and see what it does.” Six months later, she declared it was a mimosa tree, and she liked it, and we were going to let it grow.

The years went by, and it grew like a weed. Must have reached 30 feet tall. Had three main branches from the trunk, and those had several branches of their own. For the first twenty years, it grew, and each year, it leafed out, and it filled the back yard with pink mimosa flowers, and hundreds of seed pods.

Until the year it stopped. That’s it. It just stopped. No leaves. No flowers. No seed pods. Nothing. The leaves all fell off for the winter, and they never came back.

I left it alone for years, because she’d told me not to cut it down all those years ago. But, finally, she decided it was dead, and needed to go.

Which was why I was standing there. Looking at that dead tree. And why I looked at the saw in my hands, and asked, “Any volunteers to put him out of his misery?”

Congratulations Ten Time Winner Mark, and Honorable Mentions Catherine and Sheilagh! Don’t forget to claim your badges and display them with pride. You certainly earned it!