Week 461 of #ThursThreads had many fantastic tales. I’m honored to see all the writers come to tie a tale as we head toward the end of our ninth year. If you’ve been doing it a while, thank you for sticking with us. If you’ve just found us, welcome! May you come back again and write more great flash. Thousand thanks to Miranda Kate for judging this week. Check out the #ThursThreads #flashfiction group on Facebook or the #ThursThreads Group on MeWe to keep up with news, etc.

Miranda says: Love the fantasy storyline and the bit of vengeance. 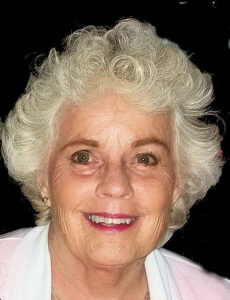 Miranda says: I loved the rhythm to this one, how it read. It was simple and straightforward and felt like how the modern day generation would do relationships. It was also really funny, especially the end.

They meet on a dating app. Craig and Jenny like each other, so they start talking. Every day.

They decide to meet in 3D. At a bar. They drink beer and talk. Craig says he hates his job. He says he likes Jenny and likes beer. Jenny says she hates her job. She says she likes Craig and likes beer.

Craig and Jenny pool their money and move in together. They drink beer and hate their jobs and gripe and fuck.

Jenny hates her job so much she quits going. And she starts hating Craig. And hates fucking Craig.

Craig drinks beer and thinks about how much he hates Jenny, so he brings his work home with him and yells at Jenny for being home and making noise. Jenny tells Craig to go fuck himself. To get away from him, she turns tricks at the truck stop.

Pretty soon nothing is going right.

They go to a counselor who asks Craig what he hates about Jenny.

The counselor asks Jenny what she hates about Craig.

“You need to break up,” the counselor says.

“He’s all business and no fun.”

This common interest brings them closer together.
~~~~~~~

Congratulations Winner Charlene, and Honorable Mentions Lexikon, Catherine, and David! Don’t forget to claim your badges and display them with pride. You certainly earned it!