Week 438 of #ThursThreads had many fantastic tales. I’m honored to see all the writers come to tie a tale as we start our ninth year. If you’ve been doing it a while, thank you for sticking with us. If you’ve just found us, welcome! May you come back again and write more great flash. Thousand thanks to George Varhalmi for judging this week. Check out the #ThursThreads #flashfiction group on Facebook or the #ThursThreads Group on MeWe to keep up with news, etc.

George says: That was funny tale. A magical dwarf getting bested by the cat, that was great. I loved the back and forth banter between the two of them as they figured out a way to get into the fort.

George says: Promises, promises. I like the sincerity of the story but I felt a little sad too. Because I came away thinking that this may have been a suicide pact partly because would you jump if your friends do says there’s a lot of hidden depression. My hope pushes me that it is an adventure and not an end. Nicely done.

George says: Nice twist at the end. Good setup of the split, while they are disagreeing as the guards approach only to see the split had worked by knocking out the guards. A good tension filled scene. 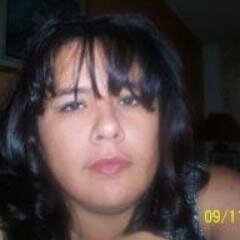 George says: It’s a good tale filled with tension that pulled me in. Whether Amaya did or did not commit the crime doesn’t matter because that detective does not intend to look elsewhere which is sad. She wants to know who killed her sister yet without evidence the detective has begun his interrogation even though there may be someone more nefarious out there. Good story.

Amaya paced up and down the corridor.

Amaya looked up and there was Detective Miranda walking towards her.

Handsome she thought, but it was a fleeting thought as he reached her, and said, “We have a suspect in custody.”

“Well, I can’t say, but he was found in possession of your sister’s jewelry and phone.”

She stared at his brown eyes and waited for more information.

He nodded and motioned for her to follow him. They entered a small room with a long table and two chairs and sat down.

“Tell me Ms. Moncayo, when was the last time you spoke with your sister.”

“Well, probably the morning of her murder.”

He nodded, “what did she say to you? Did she sound different to you?”

“No, we were supposed to have dinner that day because she had received a promotion, so, if anything she sounded excited.”

“I see and who is Chuy Rivera?”

Her blood drained from her face; she could feel it.

“Your boyfriend?” his tone accusatory.

She stood, “Never, that man stalked me and when I lived in Ohio. I had to leave an extremely lucrative job because he would not give up. But he was never my boyfriend and I’ll tell you exactly, what I said to the detective in Ohio, he is a killer not a stalker.”

Congratulations Two Time Winner Elizabeth, and Honorable Mentions David, Karen, and M.T.! Don’t forget to claim your badges and display them with pride. You certainly earned it!