Week 403 of #ThursThreads had many fantastic tales. I’m honored to see all the writers come to tie a tale as we start our eighth year. If you’ve been doing it a while, thank you. If you’ve just found us, welcome! May you come back again and write more great flash. Thousand thanks to J. Thomas Ganzer for judging this week. Check out the #ThursThreads #flashfiction group on Facebook or the #ThursThreads Group on MeWe to keep up with news, etc.

Joe says: Keeping with the pandemic theme, I easily imagined the place and time, the crushing despair of the end of things. And he kept digging.

Joe says: Good use of the prompt, that moment when mom shows up and takes over a disaster. Relief and comfort, so long as we have them with us. Great moment imagined. 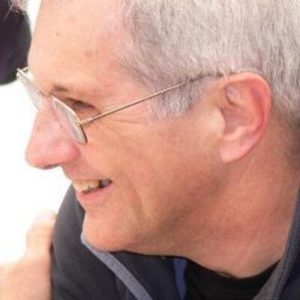 Joe says: We have pandemics on the brain and in the news lately, and this tale of loss and disease struck me. Lots of emotional heft in 250 little words.

As Alice put another compress on Frankie’s forehead, I had my hand on her shoulder and felt her shuddering.

“Don’t cry, Alice,” I said. But when I looked in her eyes, they were dry. She’d been suppressing coughs, so she wouldn’t wake Frankie.

“Thank you, Frank,“ Alice said, pressing her cheek to mine. As she left the room, I heard her cough hard.

I’d gone to France because I was drafted, not to make the world safe for democracy.

I stayed alive there to take care of my buddies, but you can’t take care of someone vaporized by an 88mm shell dropped on his head.

I fought to get home to Alice and Frankie, to see my boy grow up. To feel the warmth of my wife again. Now I felt heat.

Frankie stirred, but his breath came like a fingernail swiped on a washboard. It sounded so much like guys who’d caught just enough Heinie gas to singe their throat and lungs, but not kill them. Not until they got to the hospital in Étaples. They’d die there the next day. Fever. Lungs giving out.

Some nights, screaming, I awaken from this nightmare where that 88mm fell on top of me instead.

Congratulations Five Time Winner Joe, and Honorable Mentions Bill and Kelly! Don’t forget to claim your badges and display them with pride. You certainly earned it!