Week 363 of #ThursThreads had many fantastic tales. I’m honored to see all the writers come to tie a tale in the last week of Year 6. Year 7 starts NEXT WEEK! If you’ve been doing it a while, thank you. If you’ve just found us, welcome! May you come back again and write more great flash. Thousand thanks to Cara Michaels for judging this week. Check out the #ThursThreads #flashfiction group on Facebook or the #ThursThreads Group on MeWe to keep up with news, etc.

Cara says: Crazy professor is crazy… but I liked Dodd’s take on his behavior. Whether the student has truly surpassed the teacher is unknown, but Dodd is inspired to reach for the future.

Cara says: I’m not even sure how much I actually liked this (LOL), but it caught my attention for sure. Your story is seriously CREEPY. I’m not sure if the character is too OP for a full narrative, but… Just who is this puppet master? 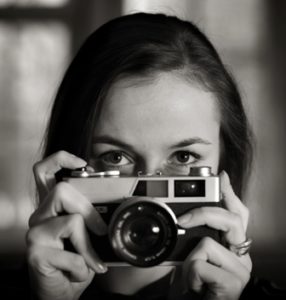 Cara says: This very meta tale had me smiling throughout. We’re all familiar with the process. The inspired (but generally messy) writing surge, the red-pen death trials to root out the narrative evils, and then hopefully a finished work we can take pride in. But the ending turn—that only a blank page could follow the teacher’s rules—is great.

“Your assignment is to write a two-hundred-and-fifty-word story about whatever you like. The only thing I asked is that you follow the writing rules on the whiteboard. Begin,” instructed the teacher.

Damian set to work, he loved creative writing. Over the next few minutes, he put his story down on his page and smiled at his creation. Glancing up over the heads of his fellow students, his smile vanished. Using a red-pen he began to adjust his story. He removed adverbs, he removed dialogue tags, he removed adjectives, he removed clichés, he removed the lines that made his story head-hop. It took him longer than it did to write the story to bring it in line with the list of rules on the board. At last, he sat with his hands before him on the desk, a happy student.

Over the next few minutes, the other students came to the end of their pieces, one by one. The teacher picked them alphabetically to read them out. Damian smiled throughout, he knew he had the best piece.

“Damian, you next please.”

“Where is your story, Damian? I saw you writing one.”

“I did, sir. However, I was forced to remove every word I wrote, in order to be within those rules. You see, for a person to write as he should be writing, he must break the rules. Only then can he tell a story to his best ability.”
~~~~~~~

Congratulations Winner Mason, and Honorable Mentions Jo, and Eric! Don’t forget to claim your badges and display them with pride. You certainly earned it!

Next week is the 7th Anniversary of #ThursThreads and there will be prizes! Keep your eyes open and hopefully we’ll see you next week.