Week 415 of #ThursThreads had many fantastic tales. I’m honored to see all the writers come to tie a tale as we close in on the end of our eighth year. If you’ve been doing it a while, thank you. If you’ve just found us, welcome! May you come back again and write more great flash. Thousand thanks to Louisa Bacio for judging this week. Check out the #ThursThreads #flashfiction group on Facebook or the #ThursThreads Group on MeWe to keep up with news, etc.

Louisa says: What a fantastic week of diverse contributions. Thank you again Siobhan for hosting, and offering encouragement to writers. Showing up week after week truly shows your commitment. I’m amazed to see two poems, a few selections featuring a crystal ball seeking the future and commentary on the current status of the world and our future.

Special happy birthday callout to Sheilagh Leigh. Thanks for writing on your birthday!

Louisa says: Seriously, every word matters in Ludwig’s piece. In particular, I appreciated the alliteration of “prodigious,” “perturbed,” “peninsula” and “plan,” and I’d like to know what happens to the pirate girl.

Louisa says: This flash fiction dropped me into the scene immediately with its great descriptions and characterization. It captures that uneasy friendship that brings trouble. Although, you can’t trust someone who orders pizza with pineapple!

Louisa says: Wonderful carry-through of the prompt, with a slight building upon the phrase, throughout the piece. It’s an artwork to find the right descriptions that are relatable and offer a balance. 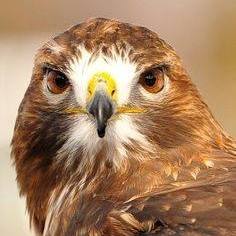 Louisa says: Something about the “darkest secret” and a promise of immortality really has me intrigued. There’s a dare that I want to see to fruition, and I appreciate how the narrator doesn’t “flinch.” True, in this age we do not enjoy boring, and the pacing of this short keeps me reading.

“I’m not gonna lie. This isn’t for everyone. In fact, I try to keep it a secret. My darkest secret. Can you imagine if this went viral? There would be lines. Hordes of people. The unwashed masses clamoring to join my procession. Let’s not mention the capitalists, the greedy sycophants, and the low-life scum whose sole purpose in life is making a quick buck. Whatever happened to hard work? Sacrifice?”

He paused in his diatribe, pushed his face uncomfortably close to mine, and stared. But I didn’t flinch.

There was no hesitation. It was almost as if he expected my question. I felt myself tense as the left side of his mouth twisted into a smirk.

His grin disappeared, his eyes narrowed, and I swear he winked at me before he stepped to the table covered with an odd assortment of paraphernalia.

“You assume that is important to me.”

When he turned, the lopsided sneer had returned, and an enormous glass ball glistened in his hands.

“My dear, what you don’t understand is my visions become reality. Oh, I suppose I could dwell on the whole ‘peace on earth’ Miss America sentiment, but that would be boring. Nobody enjoys boring, do they? No. Not when the ugly truth is so much more interesting.”

He rolled the orb, spinning and playing with it, before he lifted it, holding it at eye level.

Congratulations Three Time Winner Jo, and Honorable Mentions David, Mark, and Joel! Don’t forget to claim your badges and display them with pride. You certainly earned it!