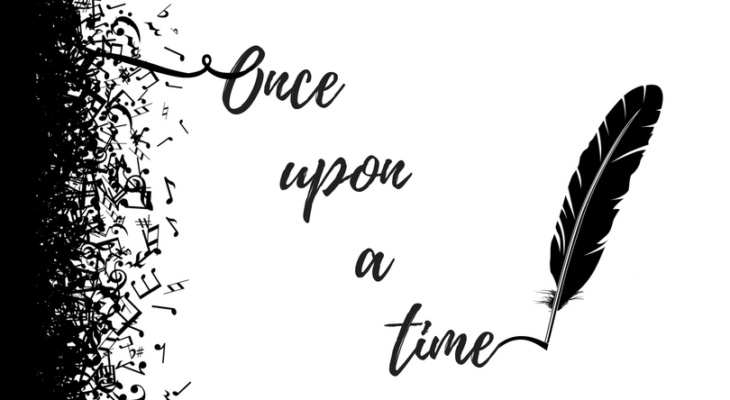 Welcome to Flash Fiction…Once Upon a Tune. Yes, yes, I know it’s “once upon a time” and I’m running with it. It’s April and that’s a time of renewal. It’s the case with my family as we’ve sustained some losses recently. I’m part of a fantastic group of exceptional authors who do a monthly flash fiction blog display. All of them are excellent writers and I highly recommend visiting their blogs. This time the story was inspired by NO ONE’S HERE TO SLEEP by Naughty Boy, a song I’d never heard and but really liked. It fit my mood perfectly. You can listen/watch the video HERE and find the lyrics HERE. The flash went way longer than I intended, but it was a fun scene to write.

~~~~~~~
Indira closed the barn’s door and locked it for the season. With the trees unfurling their summer foliage, the brightmare herds wouldn’t have a need for shelter. It would be a relief to spend more time out under the sunny skies and the brilliant stars. Most of the time, Indy hated being inside and among the court of the Keeper.

Although, she had to admit the new Keeper wasn’t half bad.

She snorted to herself.

Tall, elegant, smooth lavender skin with the royal horizontal stripes in darker plum purple. Long tail with the flowing curves indicating her thoughts. Yeah, definitely not half bad. She hadn’t noticed anyone since Chloe, and those memories were best left buried. But they still made anger churn in her gut.

You were always faster than me. I will never catch up with you. No, she’d never catch up with a woman who made her way through all the aristocrats in the court to become the most sought after courtesan among the ranking women. She hadn’t cared who she’d hurt or left in the dust. Chloe had known what she wanted – more power, more notoriety, more of everything. And a lowly head wrangler of the royal brightmare herds wasn’t it.

Indy raised her gaze to take in the other floating islands of the palace, her own tail twitching with her irritation. It had been over a year and she was still furious and hurt with Chloe’s betrayal.

“Don’t you get it, Indira? You were just a stepping stone. It wasn’t personal, it was business.”

“Business? What the hell kind of business is you cheating on me?”

Chloe had given her a pitying look. “I wasn’t cheating on you, I was getting a promotion to the next tier. You were just the next step in my advancement plan.”

She might as well have driven her dagger into Indira’s heart. It would’ve caused the same kind of damage. Worse, she’d walked away and never looked back, leaving Indira for greener pastures just like the brightmare herds when the seasons turned to summer.

Maybe she just needed time away from the capitol. The new Keeper had come and would be taking over for the Regent just as soon as she’d learned all the ways of their people. Indira would miss looking at her, but she didn’t need the drama or the stupid yearning of her traitorous heart. If there was anyone who stood so far out of reach as to equate the distance to the moons, it was the new Keeper.

Indira sighed and turned to make her way toward the Wranglers’ Den to gather her things when someone collided with her. She yelped and rolled, hitting the ground on her shoulder hard enough to dislocate the joint.

The deep, sultry voice made Indy focus away from the pain screaming through her shoulder to look at the person who’d run into her. Sweet Goddess, it’s the new Keeper. Her mouth dried out faster than the Clouded Desert and excitement built in the pit of her stomach at her nearness.

“Oh, glory, I didn’t realize how fast I was going. I’m a lot stronger here than where I’m from.” The Keeper scrambled to her knees and reached out for Indy. “Oh dear, you really are hurt, aren’t you? I’m very sorry.”

Indy couldn’t find the words to say anything as the pain came rushing back. All she could manage was a deep groan. Say something. Anything. Apologize for being in her way.

But the words didn’t come. Unfortunately, the tears did, flooding down her cheeks as the agony from her shoulder tore through her.

“Oh no. Don’t cry. Glory, I really screwed up. Um.” The Keeper cast around for something, her expression folding into intense thought. “Here, let me see if I can help. Lean into me.”

She sat back on the ground and spread her legs, beckoning to Indy. “Come on. Put your back against my chest and let me see if I can make it right.”

“No, no…it’s all right…I’ll be fine.” The word came out in staccato bursts between the pulses of pain.

“Horseshit. I bet you’re damn near nauseous from pain. Come on, don’t pussyfoot around. Let’s fix this.”

The Keeper’s words were odd and didn’t make sense, though Indy understood the gist of them. But she couldn’t let the leader of her people do something so menial as set a dislocated limb.

“Come on. We don’t have much time. I can feel them coming for me.”

“The guards and my handlers. It’s as if I can’t be alone to enjoy anything.” The Keeper rolled her eyes. “I did live several years without them handling me and I’m still alive. I’m pretty sure I don’t need them right now.” Then she focused on Indy and Indy fell into her spring green eyes. “But you need me right now so hustle up.” She gestured with her open arms.

Despite their disparate ranks, Indy desperately wanted to fall into the Keeper’s arms, but not just for the possibility of healing. She wanted the heat, the sweet scent of lunaberries, and the softness of the Keeper’s skin wrapped around her. And the press of those perfect breasts against my back won’t be a bad thing either.

“Oh, horseshit.” The Keeper scowled and rolled to her feet. She took two strides and gently grasped Indy, turning her in her arms until she rested against the Keeper’s chest. Then she sat down. “Now this is gonna hurt at first, but then it’ll feel better. Ready?”

The Keeper jerked her dislocated arm back into its proper place and shrieking pain burned through every portion of Indy’s body. The shriek escaped through her lips and tears poured from her eyes. But the Keeper held her, crooning and rubbing soft circles on the offending shoulder with her fingertips, and Indy was lost.

Warmth filled her shoulder, relieving the pain and the pressure of the damaged tissues, and Indy felt peace for the first time in years. Glory, I want to stay right here forever, in this woman’s embrace. All her fears and worries dissipated into calm contentment, and she fully relaxed.

A warm chuckle at her back roused her from her meditative state and she opened her eyes to find two brightmares stood on the path in front of them, ears pricked forward and noses whuffling to catch their scents. One was her own personal mount, Zephira, but the other was the lead mare of the royal herd.

“You know, I’ll never get tired of looking at the brightmares. They’re really something.” The Keeper shook her head and squeezed Indy gently. “How are you feeling? Is your shoulder better?”

She scrambled to her feet and the Keeper let her go without a fuss. Indy almost ran to Zephira’s side, using the comforting scent of the brightmare to settle her nerves. But the idea of the Keeper on the ground stopped her and made her reach out with her good arm to help the other woman up.

The Keeper grasped her hand with a smile and allowed Indy to tug her to her feet.

The Keeper smiled and squeezed her hand, refusing to let go. “Very nice to meet you, Indy. You can call me Diana.”
~~~~~~~

That’s it for me this month. Check out my fellow authors’ Once Upon A Tune Flash.