Week 473 of #ThursThreads had many fantastic tales. What an amazing feat we’ve pulled off. Nine years! If you’ve been doing it a while, thank you for coming back each week. If you’ve just found us, welcome! You’re in good company. May you come back again and write more great flash. A thousand thanks to Tina Glasneck for judging this week. Check out the #ThursThreads #flashfiction group on Facebook or the #ThursThreads Group on MeWe to keep up with news, etc.

Tina says: The competition was tight this week. Thank you all for your wonderful takes on this week’s prompt (which was not an easy one, for sure). It’s always a pleasure to see how each writer comes up with something different. You did not make it easy for me.

Tina says: I loved the hook at the end of the story, making me want to read more. The scene was vividly painted, where I could easily visualize every nuance, and the emotional punch was felt. When you add in the high stakes, it sits perfectly. 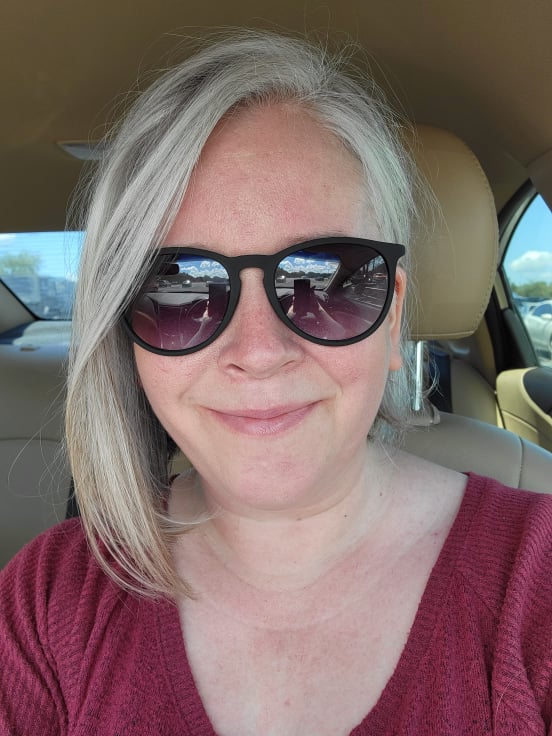 Tina says: After reading Cara’s story, one line stayed with me —Sooner or later, death comes for us all. I thoroughly enjoyed the tone, characters, and reaper trope (and want more, please). Shae seems like a formidable character, and this story has great legs.

Shae trailed after Jack through the woods. This wasn’t a hunt, so no one bothered with stealth. All around them, the mix of human and wolf voices bounced among the trees.

“Jack.” Shae managed to get a hold of his shirt and slow his steps. “I know I don’t really understand this whole pack alpha thing.”

“But you don’t know him.” Her thoughts tangled, fear crowding around the edges. Snaking into the spaces between. “If—he won’t pull his punches—”

“Neither will I.” He grinned, teeth already more wolf than man. “It’s as simple as that.”

“You could get killed.”

“Sooner or later, Death comes for us all.”

“That doesn’t mean you have to directly challenge Her to make it sooner, jackass.”

“Shae darlin’.” Silver threaded the deep brown of his eyes as the pack began to howl around them. He pulled free of her hold. “You’re far too well acquainted with both Death and Carr to see clearly here.”

“Idiots actively courting Death do not get to call me pet names.”

“So if you haven’t gotten the memo about my impending doom—” He jogged into the clearing ahead, lifting his fist high as the pack greeted him.

Congratulations THIRTY-FIVE TIME WINNER Cara, and Honorable Mention Louisa! Don’t forget to claim your badges and display them with pride. You certainly earned it!