Welcome back to the Weird, the Wild, & the Wicked. Today is Thursday and that means it’s time to start flashing. We’ve reached our Seventh year of weekly prompts and this week is the Anniversary! *throws confetti* Lucky Number Seven! Because it’s a big celebration, there will be prizes beyond the badges this week, so let’s get to the good stuff.

This is Week 364 of #ThursThreads, the challenge that ties tales together. Want to keep up each week? Check out the #ThursThreads #flashfiction group on Facebook and the Group on MeWe. 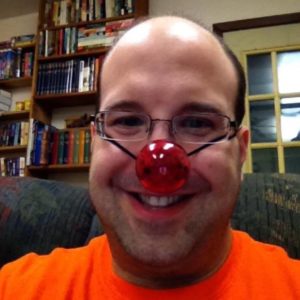 “I saw you writing.”

All stories written herein are the property (both intellectual and physical) of the authors. Now, away with you, Flash Fiction Fanatics, and show us your #ThursThreads. And don’t forget to check out the prizes for the winners below. Good luck!

Prizes for the 7th anniversary of #ThursThreads