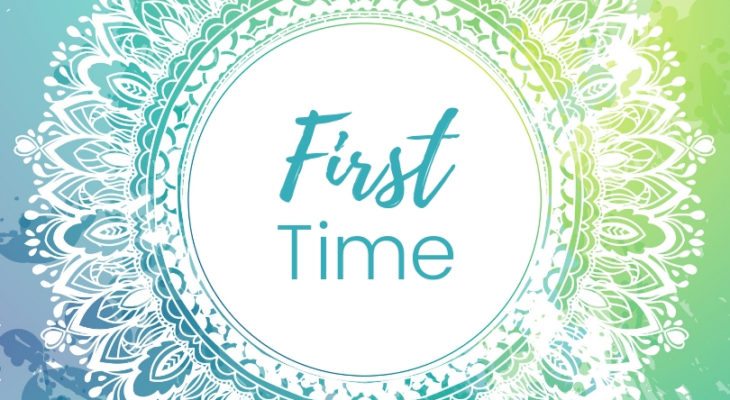 The except below is from THE BELTANE WITCH, book 2 of the Cloudburst Colorado series. Darius Winterbourne has been sent to convince the most powerful witch in Cloudburst to do the High Rituals of Beltane. No one expected her to refuse him, least of all him. But no one expected him to fall for her either. 😉

~~~~~~~
Darius turned out the rest of the lights and toed off his boots, before returning to the sofa. He pulled up the blankets and closed his eyes, trying to court sleep. But his mind swirled with the delicate scent of Sabrina’s hair and the gloriously sensual touch of her magic when they’d communed.

He hadn’t expected her power to be so strong or so pleasurable. He’d never communed with anyone outside his family before, but her magic had slid over him like a tailored glove, meshing with his own abilities perfectly. He’d only wanted more. His suggestion to try again had been made more from desire than from encouragement.

Even now his cock rose in response to the sensation memory of her glorious energy.

He resettled his body against the cushions and closed his eyes, but the arousal followed him down into his dreams. He found himself standing in Sabrina’s room beside her bed as she slept. She’d thrown off the covers and lay on her back in nothing more than a gossamer silk nightgown. The finely woven fabric cupped her breasts, offering the barest hints of dark areolas and taut nipples. Another dark smudge marred the cloth at the juncture of her thighs and his cock flexed happily against his trousers.

“Holy Goddess,” he whispered. He could no more stop himself from bending to kiss her than he could stop the rain.

“Shh. Let me pleasure you, acushla.” He traced her neck and shoulder with kisses as he slowly pulled aside her nightgown.

When he exposed one full, plump breast to his lips, he sucked the nipple into his mouth, laving it with his tongue. Sabrina moaned and writhed beneath him with sensual, sleep-slowed motions.

The pleasure in her voice sent blood rushing to his cock, impossibly hardening it more. Her rich taste against his tongue took his breath away and he couldn’t get enough of her. He thrust his hand under her gown and stroked the other breast, reveling in the taut nipple against his palm as she gasped.

Encouraged by her response, Darius released her nipple and gently worked the silk up over her hips to expose her legs and mound. To his delight, she kept it neatly trimmed and short, a perfect triangle pointing to the treasure between her thighs. He watched her hand slide down her body and stroke over the lips of her pussy as if she ached for stimulation. Darius just about swallowed his tongue and he groaned as his cock flexed.

“I want you, Darius.” Sabrina’s hand swept through her short curls and the scents of sex and aroused woman filled his nose.

“Sweet lady, I’m going to savor your nectar and drink my fill of your cream.” He fell head-long into her perfume, pressing his nose into the hot flesh between her legs.

“Oh, my glory…” Sabrina wriggled her hips, spreading her thighs wider to allow him access to inhale her hot, sweet scent.

He’d never smelled anything as exquisite as Sabrina’s womanly juices. Her scent varied from sweet to tangy and back, alternately teasing and soothing his palate. He shifted his weight onto his belly and spread her fleshy lips apart with his hands. Her pink pussy glistened in the light of the bedside lamp and wept her juice as he watched.

It was too tempting. He sealed his mouth against her weeping slit and stroked the hot flesh with his tongue. Sabrina wailed with pleasure, her hands grasping his head as her fingers stabbed into his hair. Her soft lips and tight opening caressed his tongue, drawing it deeper into her as he stroked her.

Darius delighted in the sounds she made and the involuntary motions of her body as she succumbed to the pleasure he offered her. He licked her clit, stroking it until it hardened beneath his tongue then sucked it into his mouth, tugging on it. Sabrina keened her approval and her fingers dug into his scalp as she raised her hips, thrusting them imperatively at his face.

“Your wish is my command, acushla.”

Her honey flowed at the sound of his voice and he slowly inserted a finger into her quaking pussy as he sucked on her clit. An earthy groan erupted from her lips at the intrusion and her inner walls tightened around his hand. He teased her by gently tugging his finger out then returning it with measured motions.

Darius increased the pressure of his mouth on her nubbin as he inserted his hand harder and faster. Sabrina whimpered in time with his thrusts, rocking her hips to receive more and more of his attention. Her heady scent intensified as she built her orgasm, the sounds she made increasingly desperate.

“Come for me, acushla. Give me your cream.”

His voice sent her over and she wailed, tightening on his finger like a vice as she ground her pussy against his face. He lapped up all her sweet nectar, reveling in the delicious flavor filling his mouth as she keened her ecstasy to the stars. He sailed with her, his joy at her pleasure nearly disguising the rising need in his groin. Pride and delight echoed through him as she slowly came down from her high and his rigid cock demanded his attention.

Licking her juices off his lips, he crawled up her body, dragging her nightgown with him until she allowed him to pull it over her head. Darius paused to admire her seductive curves even while his cock pulsed with insistence. Her glorious breasts rested above a generous swell of hip and belly, and he drank in her lush beauty.

Sabrina sighed and gazed at him with languorous eyes, satiation filling her smile. “I’m glad you think so.”

There you have it. You can find the rest of this story at your HERE, and I’ve included the cover below. And be sure to check out what the other authors have posted as their firsts.